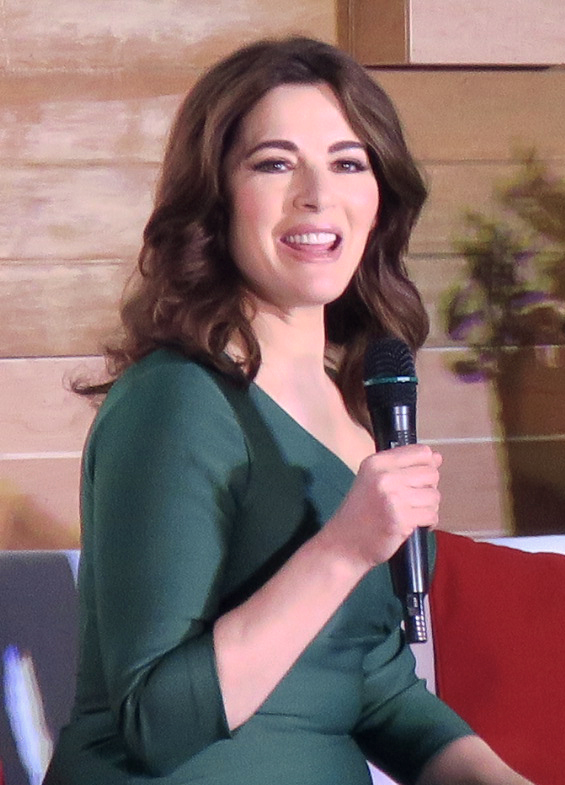 Nigella Lucy Lawson (born 6 January 1960) is an English food writer, chef and cooking show host. She is the daughter of Nigel Lawson, a former Conservative Chancellor of the Exchequer, and Vanessa (née Salmon) Lawson, whose family owned the J. Lyons and Co. food and catering business.

She attended Godolphin and Latymer School, London. After graduating from the University of Oxford, where she was a member of Lady Margaret Hall, Lawson started work as a book reviewer and restaurant critic, later becoming the deputy literary editor of ''The Sunday Times'' in 1986. She then embarked upon a career as a freelance journalist, writing for a number of newspapers and magazines. In 1998 her first cookery book, ''How to Eat'', was published and sold 300,000 copies, becoming a best-seller. She published her second book in 2000, ''How to Be a Domestic Goddess'', which won her the British Book Award for Author of the Year.

In 1999 she hosted her own cooking show series, ''Nigella Bites'', on Channel 4, accompanied by another best-selling cookbook. ''Nigella Bites'' won Lawson a Guild of Food Writers Award; her 2005 ITV daytime chat show ''Nigella'' met with a negative critical reaction and was cancelled after attracting low ratings. She hosted the Food Network's ''Nigella Feasts'' in the United States in 2006, followed by a three-part BBC Two series, ''Nigella's Christmas Kitchen'', in the UK, which led to the commissioning of ''Nigella Express'' on BBC Two in 2007. Her own cookware range, Living Kitchen, has a value of £7 million, and she has sold more than 3 million cookery books worldwide to date. Provided by Wikipedia
Showing 1 - 1 of 1 for search: 'Lawson, Nigella, 1960-', query time: 0.01s
List  Tabulka
Search Tools: Get RSS Feed — Email this Search —